Home » How to » An Informative Guide to Baseball Chants

An Informative Guide to Baseball Chants

Bring energy to a baseball game through our informative guide about baseball chants. Of course, a baseball game comprises players equipped with their gear such as a chest protector for baseball. On the other hand, the audience makes the game more fun with chants. However, a good baseball chant is far from simple yelling, and it’s not jeering at the opposing team too. Therefore, we are here to guide you and your team’s audience on the best baseball chants you can use on your next game.

What are Chants for Baseball Games? 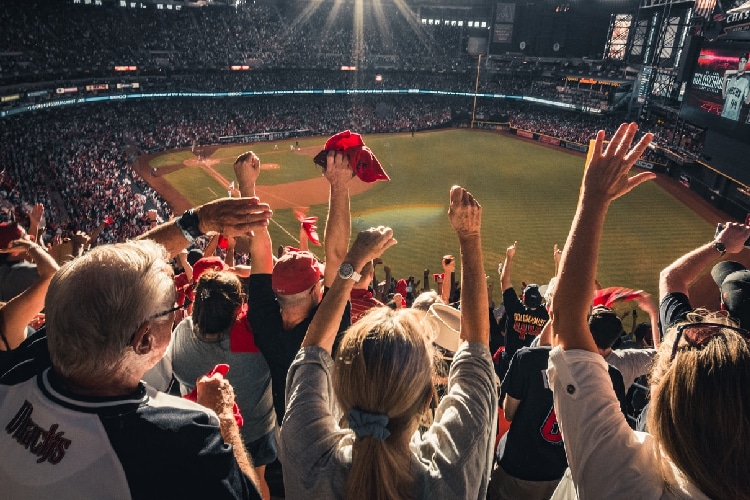 Baseball Chants are easy to follow and short organized cheers among fans of a particular team. In addition, these chants provide energy, excitement, and sounding support to the playing area and the playing teams. Moreover, baseball chants keep the crowd engaged during games, especially during game-changing plays.

The Benefits of Chanting in a Baseball Game 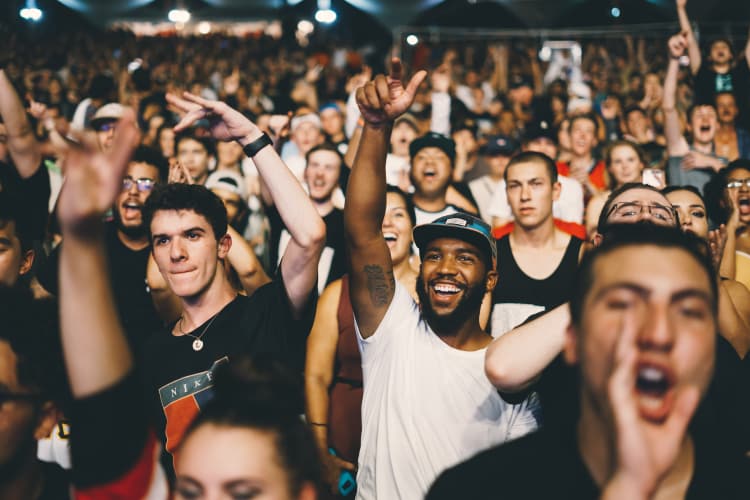 Importance of a Crowd in Baseball Games

During official baseball games, the crowd cannot affect the physical capabilities of their players. For example, maybe the opposing team’s pitcher honed his pitching with the help of a baseball radar gun. As a result, there is nothing to expect but explosively fast throws. However, crowds can affect the psyche of a player, possibly affecting their performance during games.

Furthermore, crowds often show their support in a game by cheering their team and jeering their opponents. However, we do not recommend jeering as it provides negativity within the atmosphere of the game. In addition, jeering may cause negative mental health implications among the opposing team.

A Study on Cheers Vs. Jeers 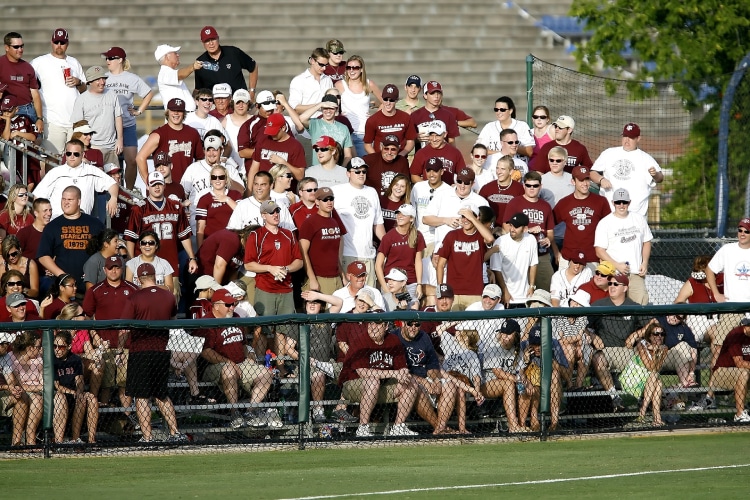 In the study of Kimberly Epting called “Cheers vs. Jeers: Effects of Audience Feedback on Individual Athletic Performance”, cheering provides a significant positive effect on a team’s overall performance. However, Kimberly Epting also stated that the effects of cheering and jeering vary across different types of sport.

For instance, picture a child in a little league game preparing to bat on the plate. No matter how good their best baseball bat for 8-year-olds is, cheering and jeering will provide an effect on the outcome of their performance on that play. Although we do not recommend jeering, it provides a tactical advantage during a game, allowing spectators to help their team get the advantage over their opponent.

Dos and Don’ts when Chanting in A Baseball Game

Chanting in a baseball game is different compared to other sports such as football and basketball. For instance, basketball and football players’ roles change depending on who possesses the ball. However, teams take a turn when playing an offensive and defensive role in baseball. As a result, the dynamics of chanting in a baseball game differ every half of an inning.

In baseball, there are various chants both fans and players yell during an event in the game. For example, the crowd starts chanting when an extraordinary play happens such as a home run. Another instance would be before a team retreats to the dugout, players usually recite a chant to celebrate or say their parting chant. These chants often are composed by players and the crowd itself, showing the creative side of both the team and their fans.

Of course, there’s a limit on what you can do when chanting in a baseball game because you can’t just barge in and shout what you desire. Furthermore, there are etiquettes you should observe when chanting; therefore, you have to mind our list of the Dos and Don’ts of baseball chants. 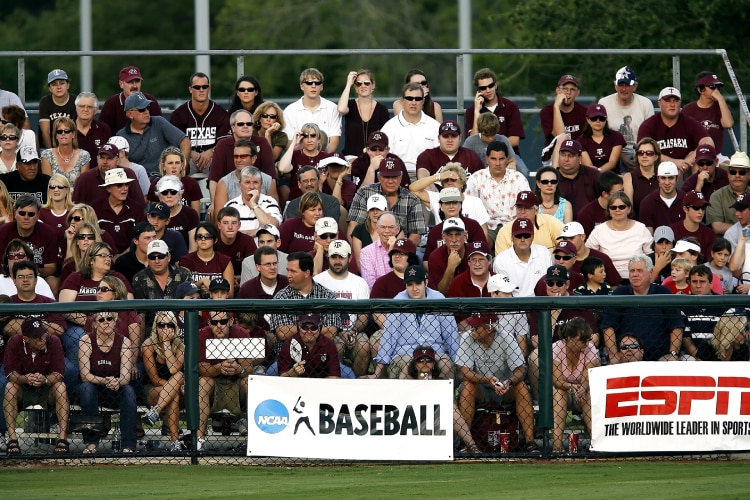 Baseball chants vary depending on who’s telling them. Typically, crowds have their prepared chants with them before the game; however, teams also have their chants they recite by themselves. Therefore, with all the benefits and restrictions about baseball chants provided, let’s move on to the different baseball chants you can use on your team’s next baseball game!

As stated, a crowd has the potential to change the tide of the game; therefore, we prepared some exciting chants for your baseball fan collective! Here are some excellent chants you can use during games

“Homerun hitter is up to bat.

If I were you I’d scoot your booty back,

Scoot your booty back.”

“We want a single, just a little single,

We want a double, just a little double,

We want a triple, just a little triple,

We want a homerun, just a little homerun,

Or even a curve

We don’t care how but

When he hits that ball we

We wanna see the bat break!”

Make that player strike at the plate!”

Before a team head into a game, they often have chants that they recite together, allowing everyone to get into their competitive mindset. Therefore, here are some team chants you can use in your team’s next game:

“Ain’t nuthin’ but a ground-dog, rollin’ down the line…

Right over you (echo)” 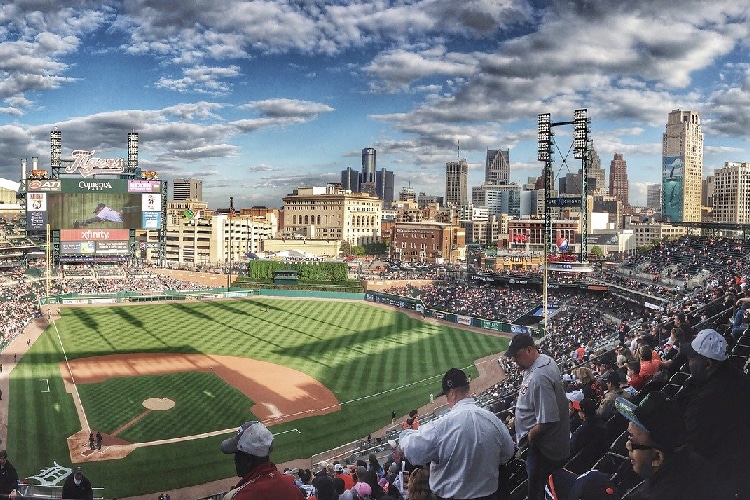 In conclusion, baseball chants are part of the game where a team can build camaraderie and support for each other. Although it’s not as important as protective equipment such as a chest protector for baseball, it provides players with audible support and confidence to push through the game.

Moreover, some fans find baseball chants annoying; however, taking baseball chants off the game is similar to removing their right to express their support for their team. In addition, allowing both players and crowd to chant develops the bond between audience and player, resulting in better social interactions during games.

Furthermore, cheering and chanting are present in various types of games. Whether be it in baseball, fastpitch, and slowpitch softball games, cheering is here to stay. Therefore, we advise you to read up and learn these baseball chants as you support your favorite team through their games.

Q: What are some baseball cheers?

A good baseball cheer should be simple, easy to understand, and easy to follow. Here are some simple baseball chants in this list:

Q: What is baseball chatter?

Q: What do you yell at a baseball game?

Some people yell at a baseball game to show support to their favorite baseball team. As a result, baseball fans refer to these organized chants as baseball chants. Furthermore, these chants can show support through cheers or distract the opposing team through jeers.

Q: What are some softball cheers?

Since softball and baseball games are relatively similar in rules, the cheers for both games are also closely similar too. Here are some baseball cheers you can also use in softball games:

Q: What are some good chants?

A good baseball chant is short, simple, and understandable. A good chant also uses a familiar tone and rhythm, making it easy to follow by a crowd.

How to choose baseball cleats?

How to Throw a Baseball Harder? (Complete Guide)

How to Grip a Baseball Bat (Complete Guide)